ONE HOUR AWAY FROM BUDAPEST AND TWO HOURS FROM VIENNA 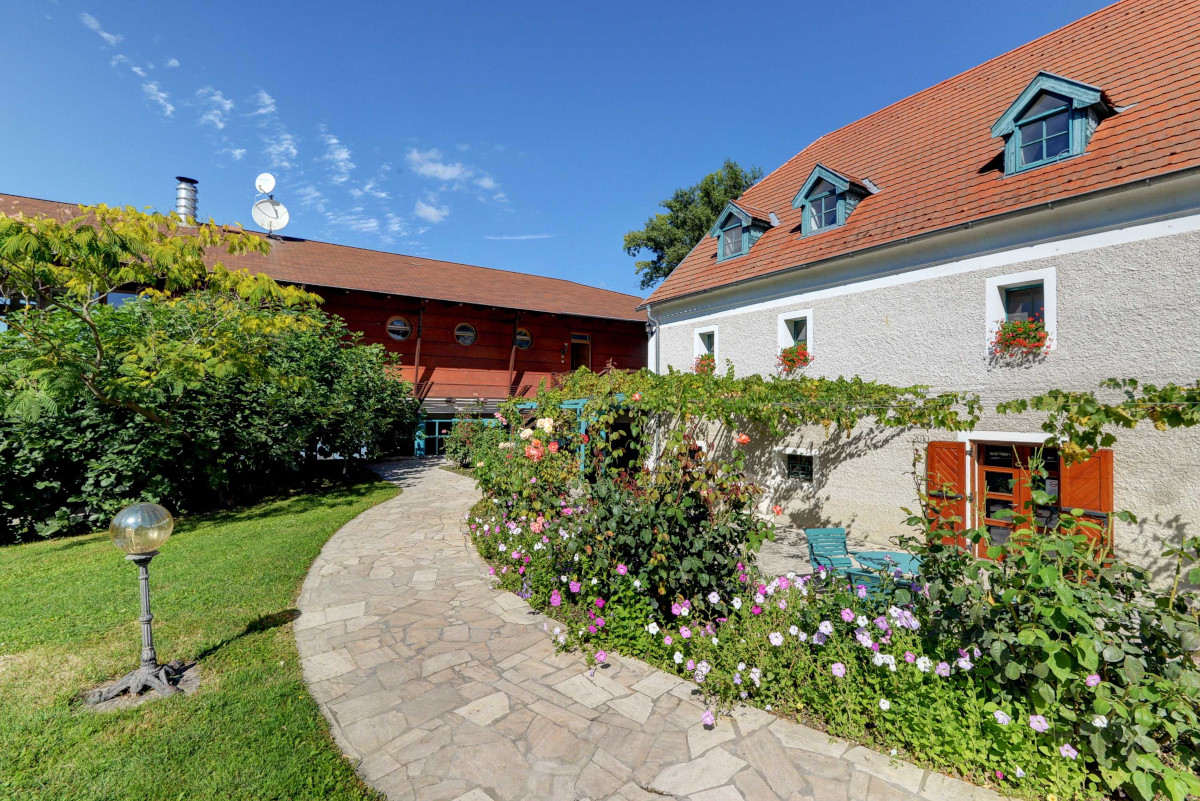 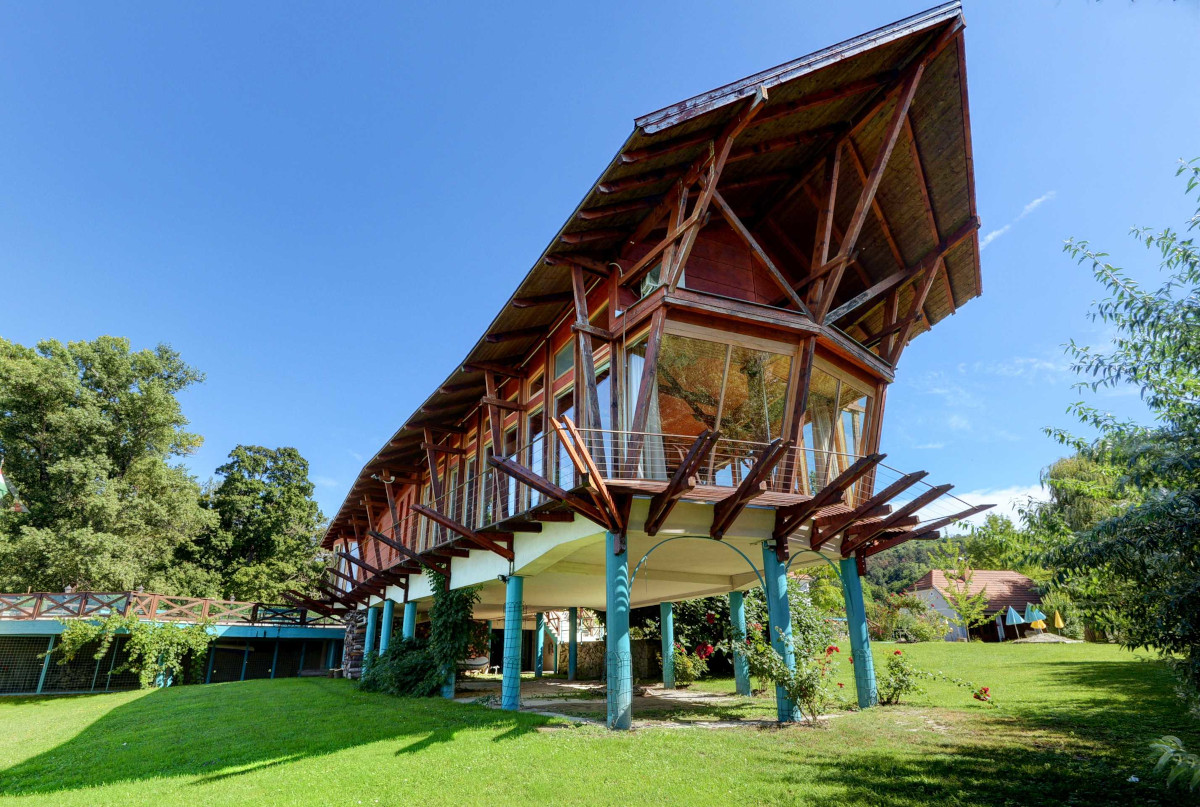 WATER MILL ON THE DANUBE

Experienced property investors understand very well that today it is virtually impossible to buy a property DIRECTLY on the Danube in Europe. Not only because these multi-generational villas are not for sale, but because so few remain in Europe today.
THE OLD MILL OF DUNAALMÁS, a 400-year-old renovated and well-thought-out historical monument complex is for sale.
The estate is a perfect place not only for family compound, but would function extremely well as a WEDDING VENUE, EVENT CENTER, GUEST HOUSE, MEDICAL CENTER or a RESTAURANT.
Despite the advantage of easy accessibility to this direct waterfront villa, it is very private and secluded. With no direct neighbors on any side of this property, it offers COMPLETE EXCLUSIVITY.
This more than 5000-sqm private garden property is surrounded by the Danube to the north, a 2-hectare natural park and a stream to the east, a small bridge and a meadow to the west and a POND and a large green area to the south.
In the immediate vicinity of the villa, 24 degrees Celsius, sulfuric MEDICINAL WATERS spring forth from the ground. Until 1986, an public bathing beach with medicinal water stood next to the mill. 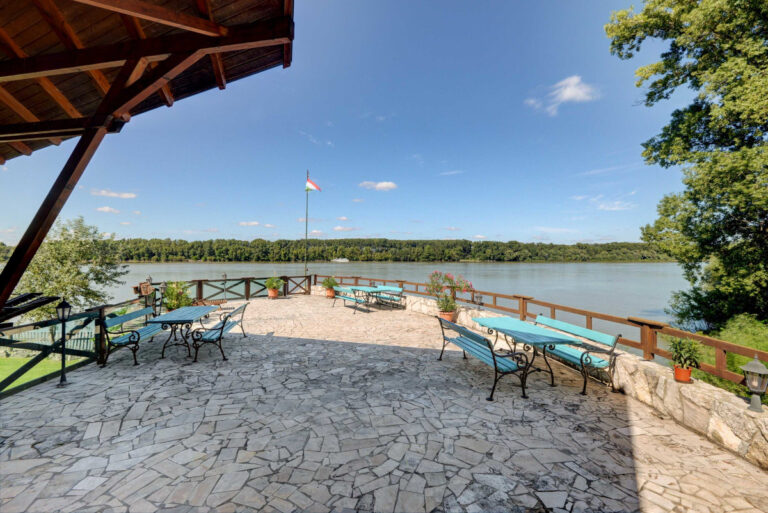 An impressive estate for 400 years 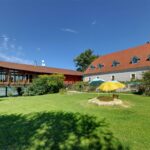 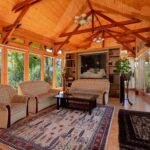 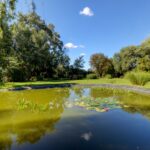 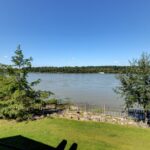 POSSIBILITY OF BUILDING OWN PRIVATE DOCK IN FRONT OF THE PROPERTY 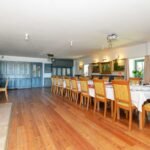 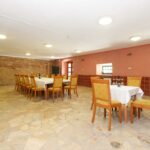 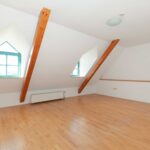 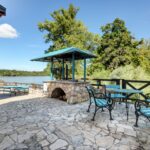 The Old Mill and Miller’s House of Dunaalmás 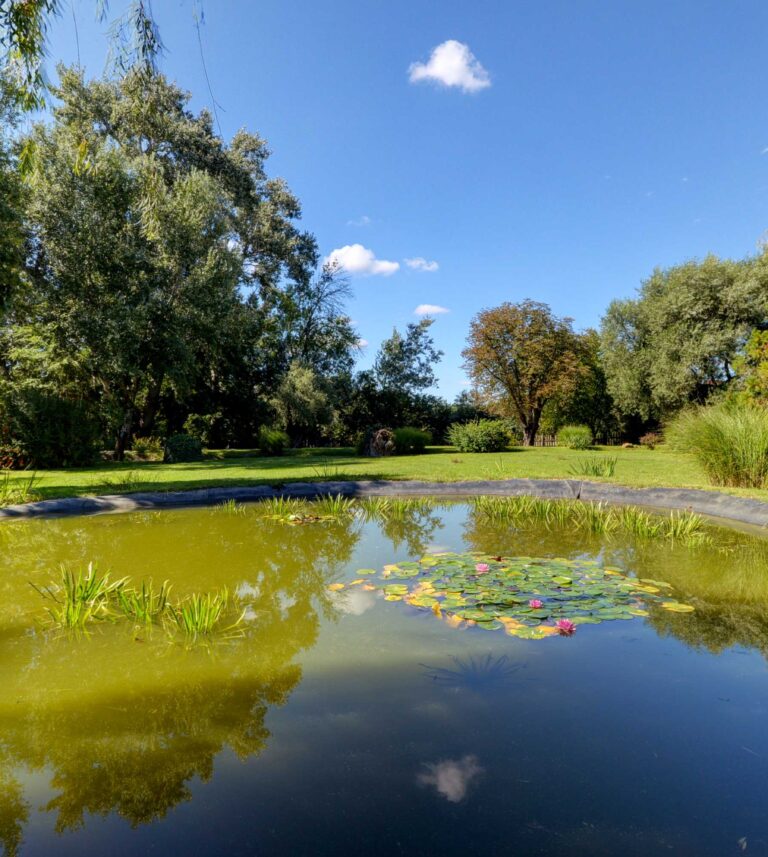 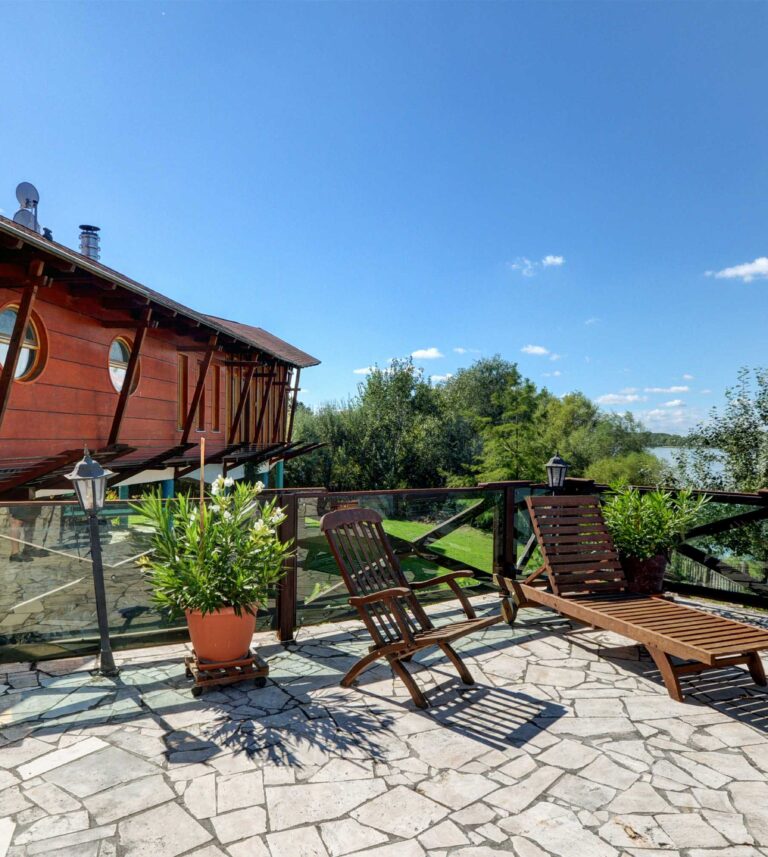 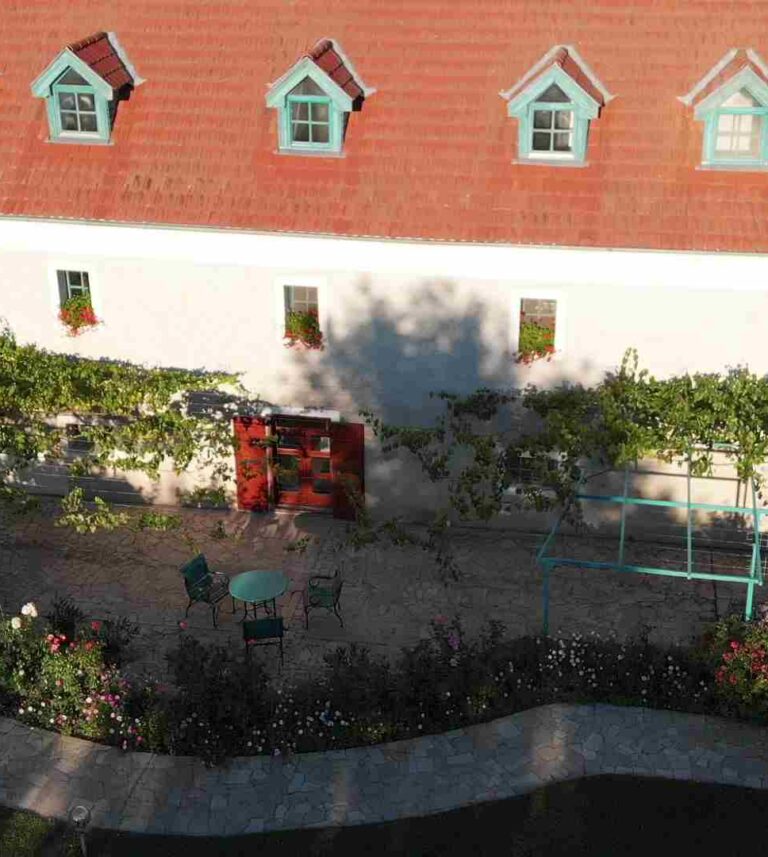 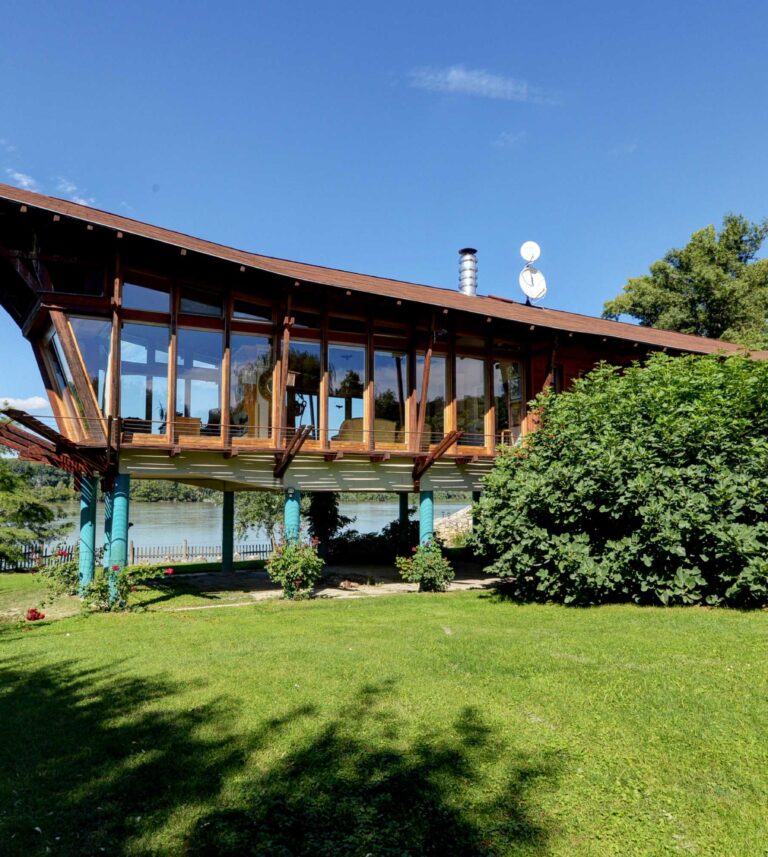 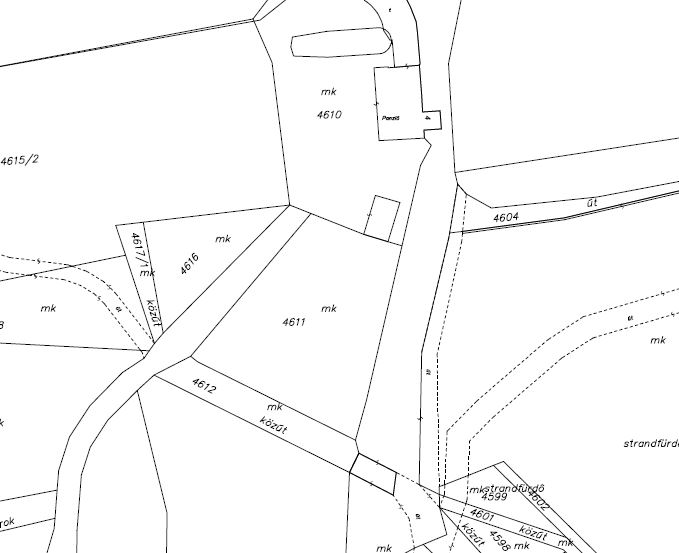 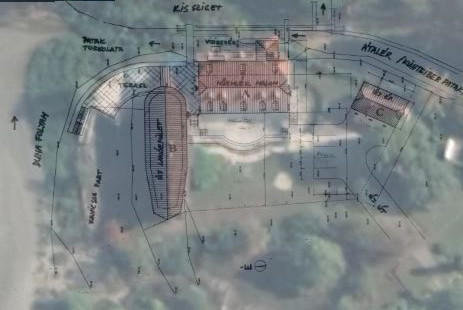 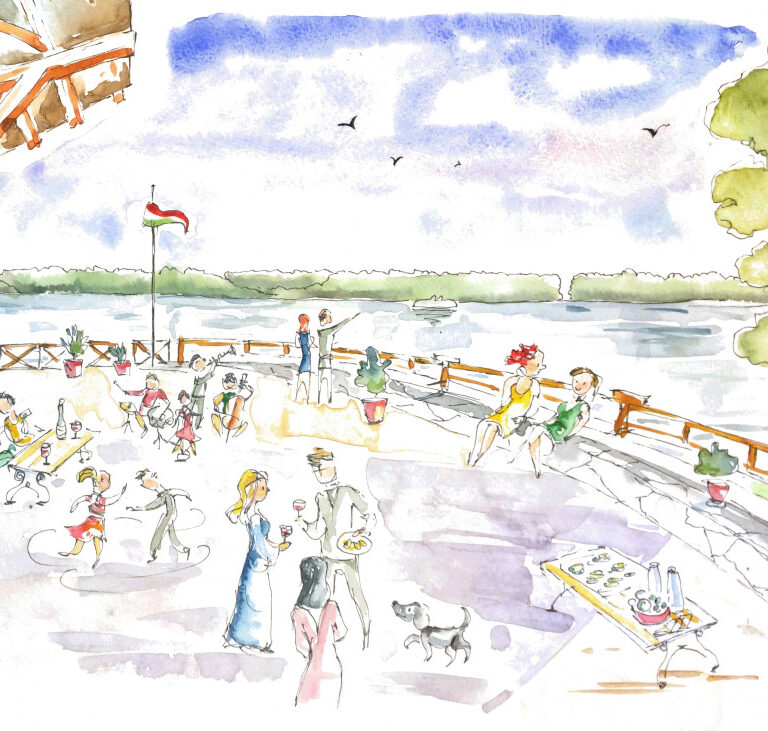 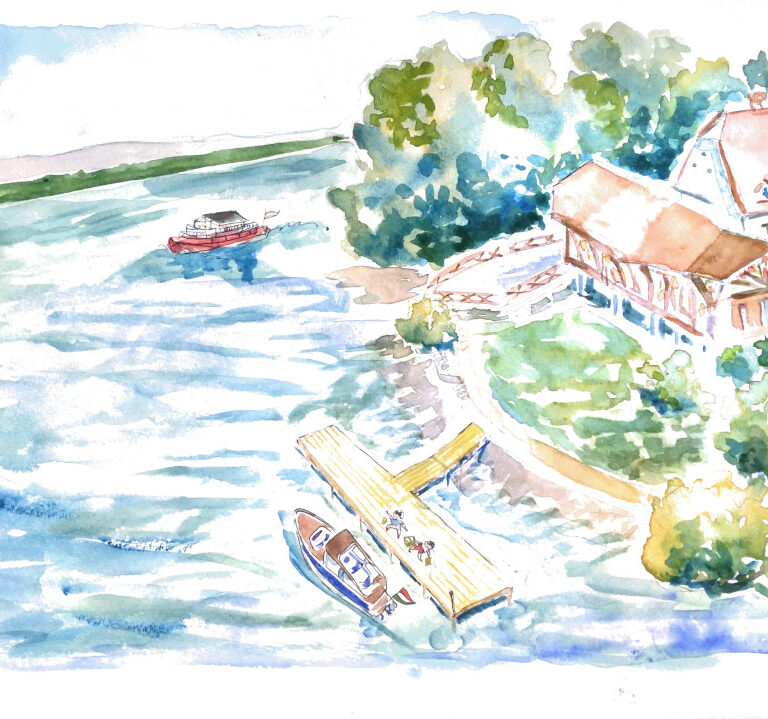 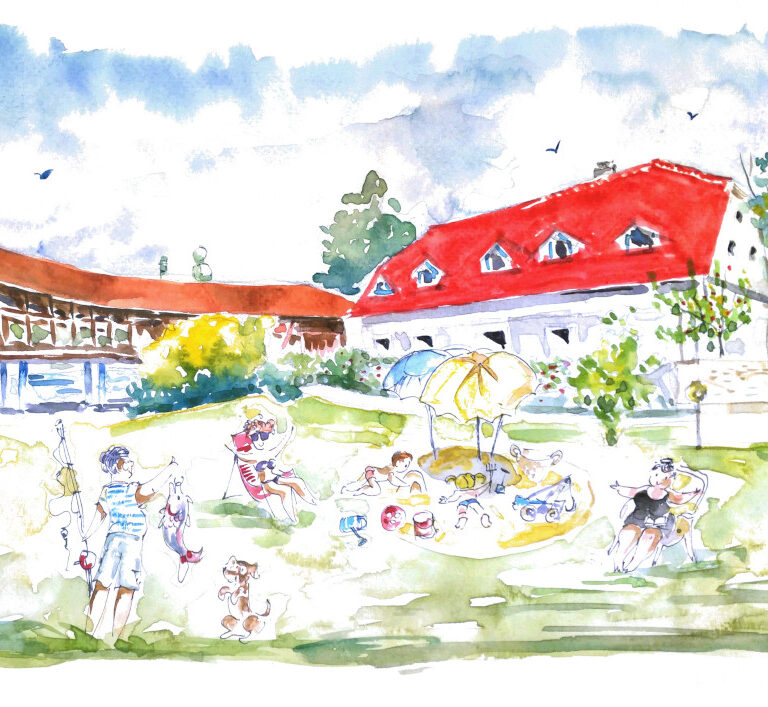 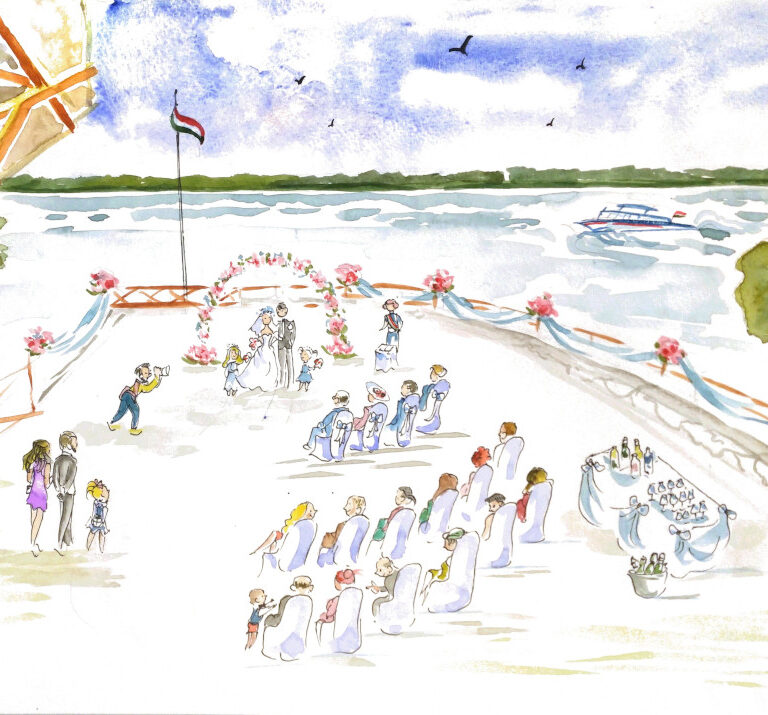 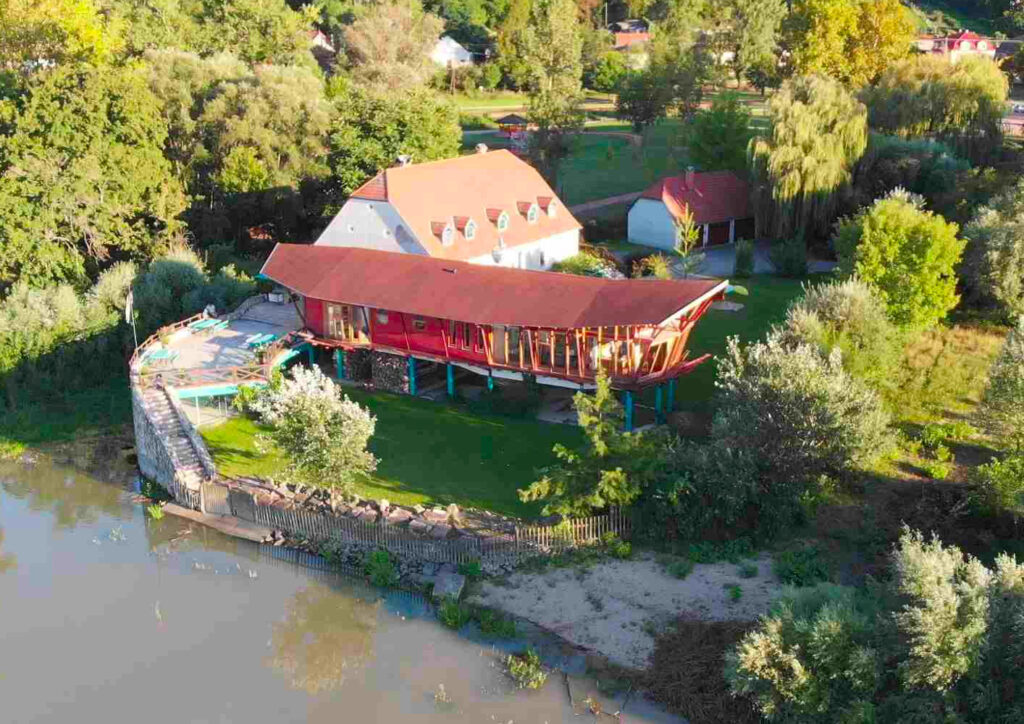 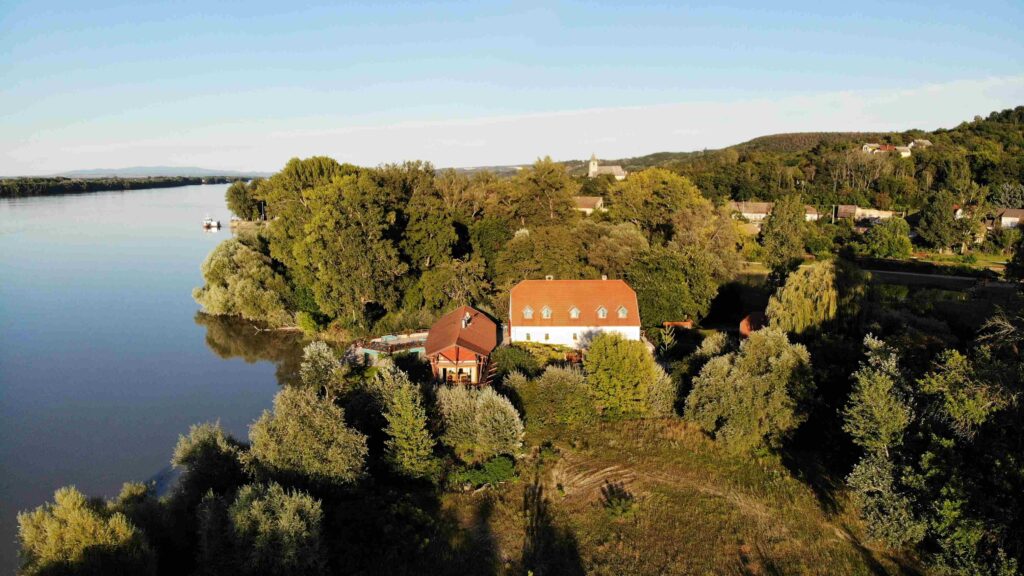 The property can be accessed easily and fast from Budapest / Vienna / Bratislava.
From the motorway M1 the villa is only 15 km ( approx.: 15 min.) drive away.

ONE HOUR AWAY FROM BUDAPEST AND TWO HOURS FROM VIENNA

The Old Mill in Dunaalmás was built amongst the renewed walls of the Turkish-era old mill at the spot where the Danube and the Által brook meet. The carved stone mill has a large terrace overlooking the Danube, a grassy, landscaped garden with a rose arch and a rose garden path, the slopes of Gerecse, the Árpád-era Catholic church and with views of a romantic small island.
On the site of the old miller’s house a new wing has been added to the existing building with a pile foundation, wooden structure and wooden cladding, suggesting the shape of a ship.

The new building offers an architecturally appropriate and inspiring contrast to the historic monument.

The history of the mill dates back to the Turkish empire in the region. The village of Almás was under Turkish rule from 1583 to 1683. The Hungarian-Turkish border between Almás and Füzitő was approximately halfway between the two. In “peaceful times,” the villagers received some favors from the Turks. According to the records, the Dunaalmás mill had already been in operation in the 1620s, and the pasha of Zsámbék gave permission for its construction. Therefore, it is correct to claim that the foundations of today’s mill were laid 400 years ago. The ashlar, which proves the expertise of the stonemasons of that time, is clearly visible from the side of the Által brook. The monograms of the makers can still be found on the stones today.

In the 18th century, four water wheels drove the mill’s grinding equipment. At the beginning of the 20th century, the mill was modernized and rebuilt. At that time, the water wheels were replaced by a water turbine, which can still be seen today. The turbine rotated a V-belt, which in turn rotated a 10-meter-long steel shaft in the attic. The machines of the mill sprung into motion via this shaft and V-belt.

The current owner purchased the building in 1995 and it was rebuilt in its 18th-century style with the help and guidance of historical preservation professionals. 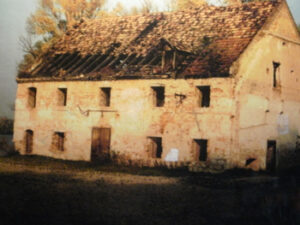 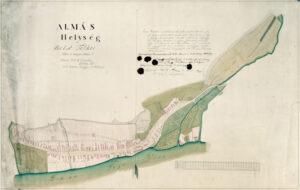 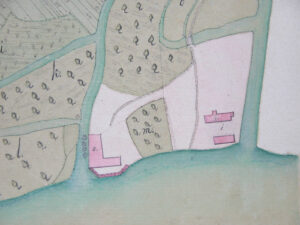